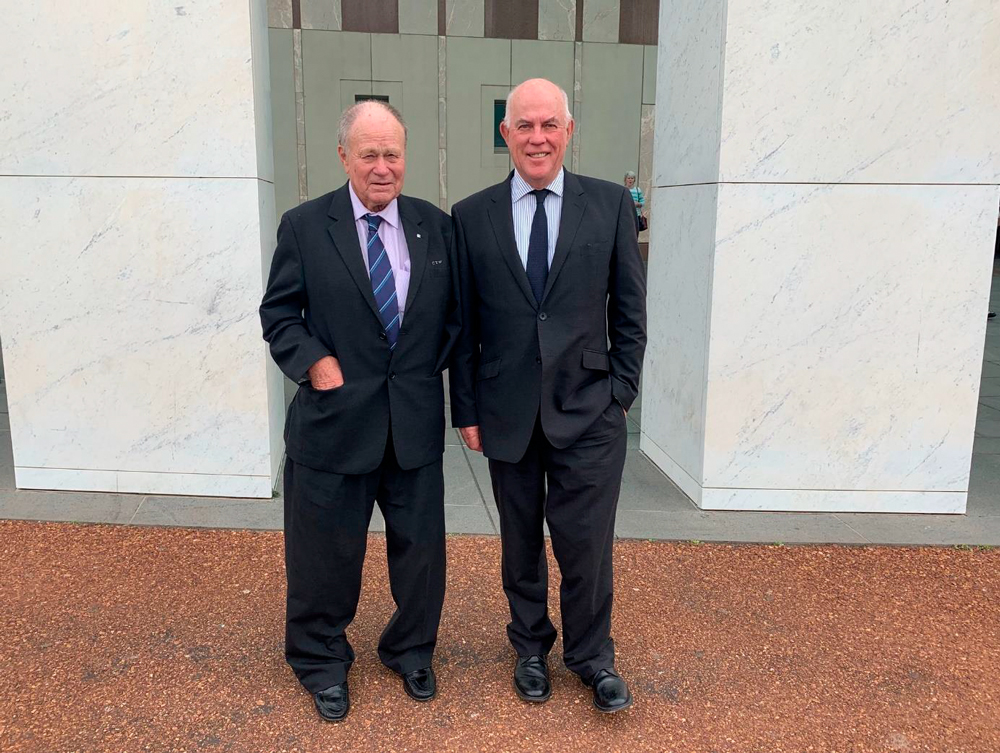 At their meeting in Grenfell on 9 October 2019, the Members of Central Tablelands Water County Council re-elected unopposed Cr David Somervaille, representing Blayney Shire Council, as Chairman and Cr Kevin Walker, representing Cabonne Council, as Deputy Chairman, for the next 12 months.
Both Cr Somervaille and Cr Walker are serving their sixth term as Chairman and Deputy Chairman respectively.

Cr Somervaille, who is also the water portfolio chair of the Central NSW Joint Organisation, said “It’s an honour to have been re-elected by my fellow councillors for a further term as their chairman. With severe drought conditions continuing to impact many parts of the Central West, security of town water supply is once again looming as a critical issue. CTW has a central role to play in shoring up water security for its consumers and assisting the region in managing future droughts.”

The Local Government Act 1993 was amended in 2016 to provide that mayors of councils elected by the councillors holds the office of mayor for two years, subject to the Act.

At the time that the legislation was changed, a similar amendment to the Act in respect of the term of chairs of county councils was not considered. Therefore, the election for chairperson of a county council is held on an annual basis as per the current legislation.